For the first time, an Australian pilot has won the Championship title at the 6th International Danubia Powered Aerobatic Cup held from 18 to 22 July 2018 at Strejnic Airfield in Romania.

The sport of Powered Aerobatics is an event sanctioned by the Fédération Aéronautique Internationale, the governing body for world air sports, and is a competition whereby aerobatic pilots fly known and unknown sequences comprising manoeuvresof varying degrees of complexity. The pilots are judged on sequence, accuracy and positioning, which is then multiplied by a difficulty factor. The maneuvers can involve forces of up to 9 times the force of gravity on the pilot along with aircraft speeds of up 350 kmh.

Aarron Deliu, 33, from Perth, WA, clinched first place ranking in all four competition segments to secure a gold medal in each event and the overall gold medal, ahead of 13 other competitors from Romania, Russia, Finland, the UAE and Norway.

This was Aarron’s first time representing Australia in an international aerobatic event. “I am very happy with my performance at the Danubia Cup 2018 and would like to thank the Australian Aerobatics Club (AAC) for their support.” says Aarron Deliu. “I am now looking forward to the upcoming World Advanced Aerobatics Competition (WAAC) in Romania in August where I will again have the privilege to represent Australia.”

About the Australian Aerobatics Club

The Australian Aerobatics Club is a member of the Air Sport Australia Confederation (ASAC), which is the Australian representative organisation of the FAI. The AAC, as the governing body for aerobatic competitions in Australia, regularly holds aerobatic training camps along with hosting the State and National aerobatic championships.

The Air Sport Australia Confederation (ASAC) was formed in 1989 as a national confederation of sport and recreational aviation organisations. In 1990, it joined the Fédération Aéronautique Internationale (FAI), and is Australia’s representative on that body.

Further information on participating in aerobatics can be found at http://www.aerobaticsaustralia.com.au/ACC_WP/ 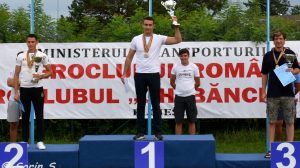 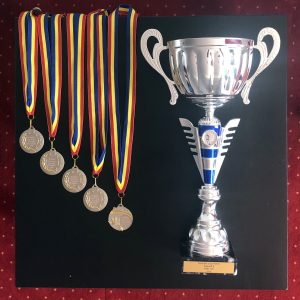 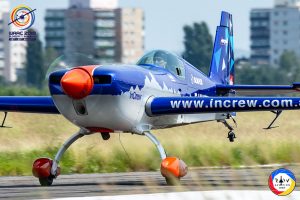