While doing so he was able to win across all four flight and also took the Trophy and Award for the highest score across all categories. In the process he also set a new Personal Best

He flew 4 flights in total – 1 known programme and 3 unknown programs – obtaining exceptional scores of 78.39, 77.42, 81.20 and 81.28 respectively. This gave him an overall score of 79.994, which is a new personal record and believed to be a new Record for the Australian National Championship in the advanced category. Previously, the highest score overall was 79.84 in 2016 by Richard Wiltshire.

This year’s Australian Championship was judged by officials from the Fédération Aéronautique Internationale (FAI) using FAI’s judging criteria. This validates the 2018 results against FAI’s internationally-used standards.

“I am very proud of the results”, said Aarron. “They are proof that we are developing good strategies which will see us through to the upcoming international competitions.”

Another element worth mentioning, is that Aarron was unable to use his own aircraft, an Extra 330SC, as it was in transit to Europe. He rented a two-seater Extra 330LX from Red Baron in Bankstown, Sydney, to compete in the championships.

Aarron adds, “I would like to thank the Australian Aerobatic Club for organising such a great event, the other competitors Peter and Stewart for their great flying, Red Baron for allowing me to use their aircraft for the competition, Romain Fhal for his excellent coaching, Extra Aircraft for building such great aircraft as well as our sponsors InCrew and FlyJet. Ultimately though, without the support of our fans and followers, this win would not be possible – thank you everyone!”. 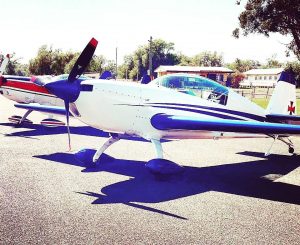 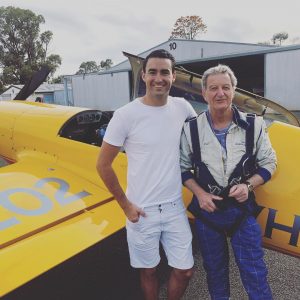 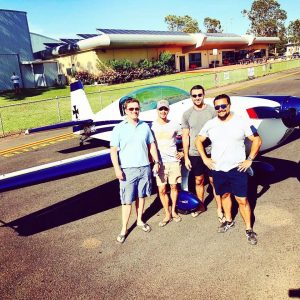